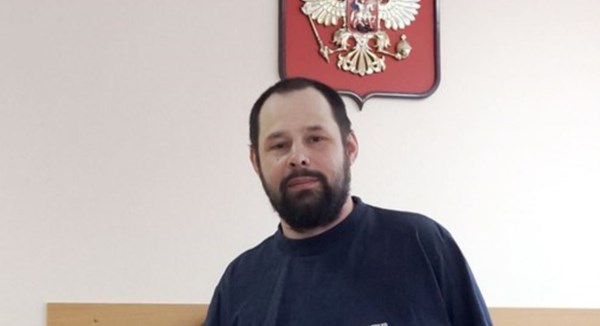 A court in the city of Tyumen found the blogger, Alexei Kungurov, guilty for public "justification of terrorism" for a blog post he wrote on the LiveJournal social networking service, dedicated to the Russian campaign in Syria, reported Russia's Novaya Gazeta daily. He was sentenced to two and a half years in a penal colony settlement.

Kungurov is a known political activist in the Tyumen region, who also participated in the elections, and is one of the top LJ bloggers.

In November 2015, he blogged about the expediency of Russia's participation in the international operation against the so-called Islamic State, the bombings and expenditure of budget funds for the operation. The problem was that his post entitled "Who is actually being bombed by Putin's falcons" caused a large public outcry.

Kungurov was arrested on March 3rd, and on that day his home was also searched and his computer seized. The FSB Directorate in the Tyumen region opened a criminal case against the blogger under the article "public calls to terrorist activity or public justification of terrorism." Later, it was announced that the case against the blogger was initiated by applications filed by citizens who claimed that his post violated Russia's anti-terrorism legislation.

At first, Kungurov was released on bail, but in June the preventive measure changed, and he has been in custody since then.

According to the blogger's wife, Asiya Bayshihina, expert analysis of the post was conducted by the Associate Professor of the Department of Journalism of the Tyumen State University, Vladimir Lysov. In the post, according to the expert, "there are calls for a split in society, for the specific, in other words, the revolutionary actions of a certain nature, for the destabilization of the socio-political life of the country." He also concluded that the blogger wrote "tendentious, aggressive-minded phrases, explicitly calling for violent actions against the President of Russia."

Karpikov volunteered to be a public defender. However, after Lysenko received numerous threats, Karpikov changed his mind. Then, in accordance with the prosecution's request, the court decided to hear the case behind closed doors.

The Itinerant Collegium of the Volga district military court began the hearing on December 12th in the building of the Tyumen Regional Court. Karpikov noted that the case, during which eight volumes of documents were examined, was heard in just seven days. According to the lawyer, the court rejected nearly all the defense’s motions.

Kungurov pleaded not guilty. The human rights center Memorial has declared him a political prisoner. The blogger "was considered guilty from the very beginning," the source of Novaya Gazeta said and due to that, his verdict is likely to be appealed.