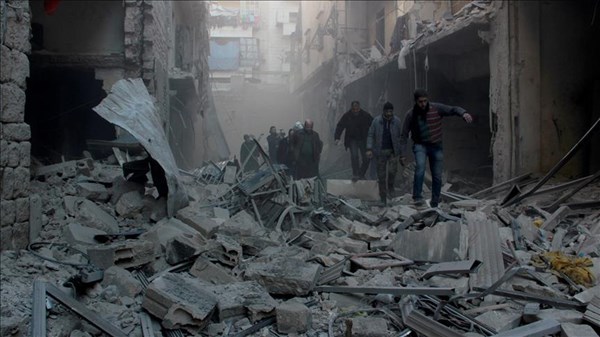 Bombers of the Russian Air Force have carried out airstrikes on opposition-controlled residential quarters in the Syrian city of Aleppo.

Ten civilians were killed, the majority of whom were children.  An additional 20 people were wounded.  This was reported to the Anadolu Agency by the representative of the General Directorate of Civil Defence, Ibrahim Leys.

According to him, the areas of Salihin, Kellese and Huluk came under attack.  The wounded were taken to field hospitals.  Civil Defense brigades are still trying to extract wounded people, as well as the bodies of the deceased, from the rubble of destroyed buildings.

In addition, Leys has stated that Russian bombers have also carried out airstrikes on the residential quarters of Kellese and Kafr Hamra as well as various settlements in the Anadan region.