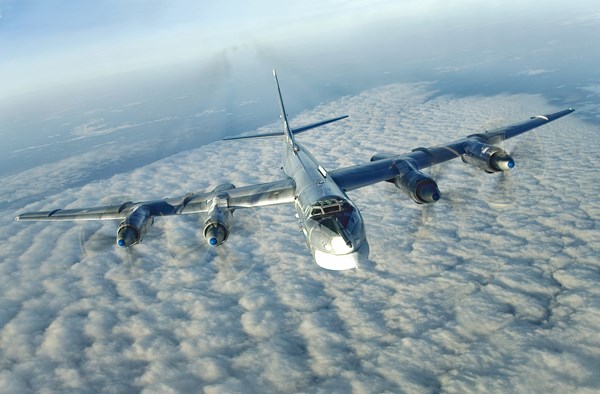 In addition to the Tu-95MS, the crews of the Tu-22MZ rocket carriers will also fly to Tajikistan. The aircraft will fly for several hours, after which they will hit targets at the Kharbmaydon, Momirac and Moscovian ranges.

Command and staff exercises to manage the joint grouping of Russian and Tajik troops are being held from March 27 to 30. In addition to the bombers, airborne units will also participate in airborne assaults from IL-76 aircraft. Special purpose "Arbalet" parachute systems will be involved in the landing. Arbalet chutes allow servicemen to travel up to 40 km during the jump.

The Russian Defense Ministry stated that the exercises will allow the Russian and Tajik military to resolve “issues of planning, command and interaction of troops in joint operations to combat conventional illegal armed groups.”

Russia has used Tu-95MS strategic bombers to attack targets in Syria. In mid-February the bombers were used by Russia in the operation near the city of Raqqa.