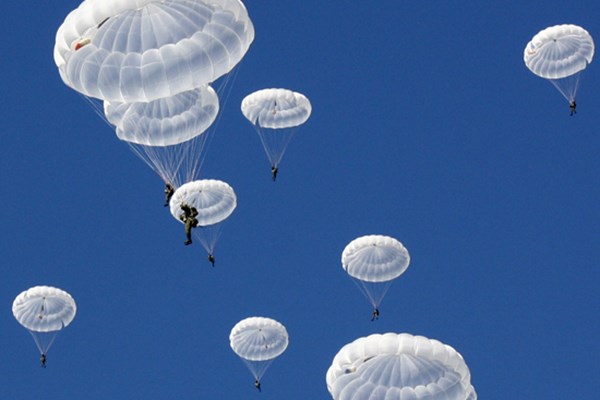 Russia has started large-scale exercises with its airborne forces and live ammunition at the Opuk test site in the annexed Crimea, according to the website of the Russian Ministry of Defense.

More than 2,500 paratroopers are taking part in the exercises, and almost 600 pieces of military equipment – subdivisions of the Novorossiysk (mountain) airborne assault division, the Kamyshinsk and Ulan-Ude air assault brigades, some of the forces and equipment from the Black Sea Fleet, the 4th army of the air force, and the air defense of the Southern Military District.

“For the first time in the history of the Russian army, within the context of an exercise three combined airborne forces were simultaneously alerted and partially redeployed to the Crimea with normal weapons and equipment,” the report notes.

In total, more than 2,500 paratroopers are taking part in the exercise at the Opuk test site, and nearly 600 pieces of military equipment are being used.

In September, the large-scale “Zapad 2017” exercises will be conducted at various test sites in Russia and Belarus. The Russian Ministry of Foreign Affairs said that it is not yet willing to give NATO information about the upcoming military exercises.