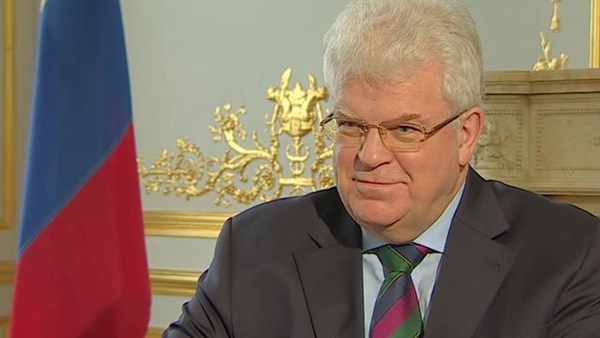 Conditions have become favorable for the EU to soften its policy towards Russia in general, and particularly with regards to sanctions, said Vladimir Chizhov, Russia's permanent representative to the EU, in an interview with the newspaper Izvestia.

According to Chizhov, toward the end of the month there will be another discussion of one of the three sets of anti-Russian sanctions, which deals with economic measures. These measures expire on July 31st. Along with this, Chizhov stressed that the term “sanctions” is incorrect; in this situation one should speak of “unilateral restrictive measures.”

“The question is, when will the EU muster enough political will to reconsider this policy? Whether it will happen in June or in six months is anybody’s guess. Regardless, it is noticeable that the situation is leaning toward a change in the EU's policy towards Russia in general and on this issue in particular. There are many evidences of this, but exactly when a critical mass of political willpower will finally be reached, it is difficult to say,” he said.

Relations between Russia and the West deteriorated due to the situation in the Crimea and Ukraine. At the end of July 2014, the EU and the U.S. moved from targeted sanctions against individuals and companies to measures against entire sectors of the Russian economy. In response, Russia restricted imports of food products from countries that imposed sanctions on it, including the United States, the EU, Canada, Australia and Norway.