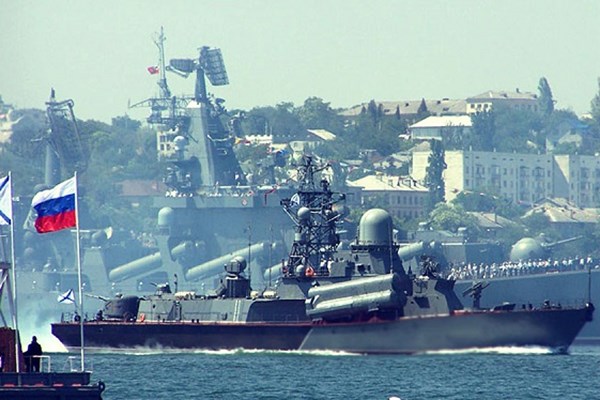 The Russian Ministry of Defense reported on September 6 that warships from the Russian Black Sea Fleet were brought to the test ranges for the Caucasus 2016 drills. Frigates, small-size missile ships and missile boats were involved in the strategic command-staff drills, Krym.Realii reported.

“The knowledge and practical skills of the commanders of navigation combat units, as well as navigation and maneuvering skills of battle watch officers during fulfillment of dispersal tasks in marine areas as part of tactical groups were checked. The training sessions on the organization of air, anti-mine and anti-underwater-sabotage defense in the sea were conducted with officers,” the report says. It was noted that training on survival skills was also held on the ships.

The readiness of emergency-rescue and resource-provision of naval tactical groups in marine areas of the Black and Caspian Seas was checked. “The drills on naval combat calculations, during which the crews worked out different algorithms of actions to implement tasks from the Caucasus 2016 strategic command-staff drills, were held on the route of the ships of the Black Sea Fleet and the Caspian Flotilla,” the press service reported.

The Caucasus 2016 strategic command-staff drills began on September 5 in the Russian Southern Military District territory. According to Ukrainian Intelligence, Russia has concentrated about 100,000 servicemen, more than 10,000 military personnel and equipment, 60 warships and 400 aircrafts and helicopters in the southwestern direction.

Experts have expressed their view that the Russian Armed Forces will practice operations against Ukraine during the Caucasus 2016 drills. On August 18, the President of Ukraine, Petro Poroshenko, stated that he will not rule out the possibility of a full-scale Russian invasion of Ukraine and warned about the possibility of the imposition of martial law in such a case.