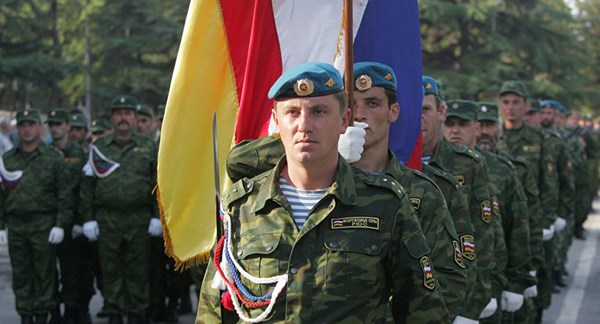 Russian Defense Minister Sergey Shoygu and South Ossetian representative Ibrahim Gasseev signed an "interstate" agreement on the order of intergartion of separate divisions of the South Ossetian Republic army into the structure of the Russian Armed Forces.

"We, as before, consider cooperation between Russia and South Ossetia as one of the stabilizing factors in the Caucasus. In general, we are connected by long-standing relations," Shoygu said at the signing ceremony.

He recalled that Russia has made every effort to support South Ossetia and was the first nation to recognize the Republic’s independence.

Two agreements were be signed on March 31, the Russian Minister explained. “The first is the transfer of some units of the Armed Forces of South Ossetia to the Russian Armed Forces. The second is an agreement on the activities of the State Courier Service under the Ministry of Defense."

Earlier, the Russian government approved a draft agreement with the separatist authorities of the Tskhinvali region of Georgia in South Ossetia on the entry of certain units of its military into the structure of the Russian Armed Forces.