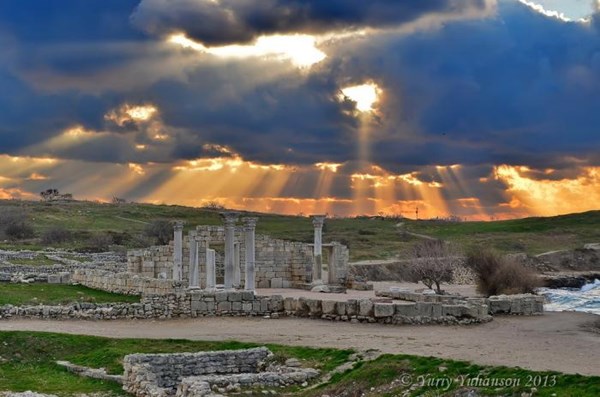 UNESCO (the United Nations Educational, Scientific and Cultural Organization) doesn’t recognize the Chersonesos Taurica museum and reserve as being under Russian control. “Today, UNESCO doesn’t recognize this. A vote was held in the United Nations that Crimea is not yet recognized as a part of Russia in the international legal understanding of this issue,” the Permanent Delegate of the Russian Federation to UNESCO, Eleonora Mitrofanova said.

According to Mitrofanova, Kiev holds that the cultural heritage site belongs to Ukraine, and that Russian laws have no legal effect there. During the Moscow-Paris video conference, UNESCO stated that the reserve received money and that restoration is ongoing under the jurisdiction of Russia. In addition, the Director of the Chersonesos sends regular reports to the international organization.

The National Reserve Chersonesos Taurica is a large museum and national research facility. It consists of the ancient stronghold, the plots of the unique agricultural districts (choirs) and medieval fortresses of Cembalo and Calamita. In 2013, Chersonesos Taurica and its choirs were added to the UNESCO World Heritage list. The President of Russia, Vladimir Putin, added Chersonesos Taurica to the list of the most valuable objects of cultural heritage of the peoples of the Russian Federation.