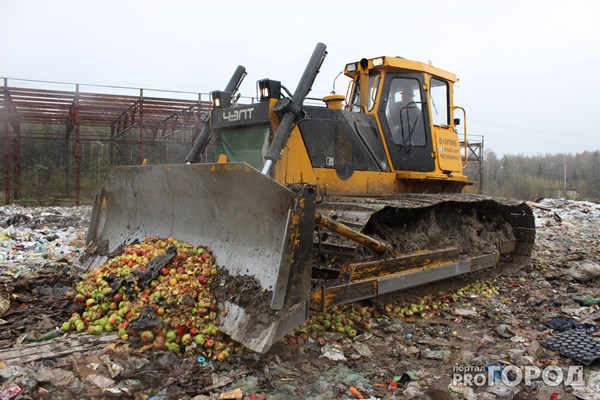 In Russia, since August 6, 2015, about 17,000 tons of food products imported from countries that fell under Russia’s food embargo have been destroyed, the Federal Service for Veterinary and Phytosanitary Surveillance (Rosselkhoznadzor) reported.

The territorial offices in Bryansk, Smolensk, Tver and Pskov regions located on the administrative border with Belarus are the most active in identifying the sanction products because the main attempts to smuggle prohibited products go through those regions. Yulia Melano, the press secretary of the Rosselkhoznadzor told Interfax that measures taken to prevent the entry of sanctioned goods into the market are insufficient.

According to Melano, the sanction products can often be found on the shelves of stores. “Unfortunately, the Rosselkhoznadzor does not have an opportunity to work directly in retail outlets,” she said. Destruction of contraband products is in accordance with the decree of the President of Russia on Certain Special Economic Measures Applicable for the Purpose of Ensuring the Security of the Russian Federation, signed on July 29, 2015.

According to the decree, since August 6th 2015, agricultural products produced in countries that supported economic sanctions against Russia are banned from import into the Russian Federation and are to require be seizing and destroyed.
In just two years, this measure lead to the confiscation of 17,135 tons of sanction production: 16.524 tons of plant products and 611 tons of animal products.

The food embargo has been in force in the Russian Federation since August 7, 2014 for products from the US, EU, Australia, Norway and Canada. Since August 13, 2015, Albania, Montenegro, Iceland, Liechtenstein have joined the list of these countries. Ukraine was added on January 1, 2016.