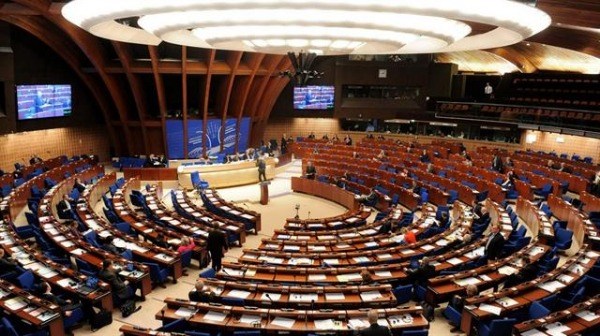 The Chairman of the State Duma, Sergey Naryshkin, and Chairman of the Federation Council, Valentina Matviyenko, have to make an official decision by the 18th of January. A member of the Russian delegation to PACE, the first deputy of the Russian Duma’s International Affairs Committee, Leonid Kalashnikov, told TASS that an announcement regarding the refusal to go to Strasbourg, signed by Naryshkin and Matviyenko, is being prepared.

Kalashnikov added that this decision makes sense when taking into consideration the sanctions imposed by the PACE against the Russian Federation. “Even if we go there, the discrimination will continue,” he explained. In April 2014, the Parliamentary Assembly of the Council of Europe (PACE) denied Russia’s right to vote in the Assembly as well as the right to participate in meetings of its constituent bodies and in monitoring activities. This decision was made as a result of the occupation and annexation of Crimea by Russia.

In January 2015, the sanctions against Russia were extended until the end of April. In response to this, Russian deputies stated that they will discontinue their work with the PACE for one year and refuse to have any contact with it. It was noted that the issue of Russia’s continued membership in the Council of Europe will be reconsidered in late 2016, depending on the political situation at that time. The country’s withdrawal from the Council of Europe wasn’t excluded as an option.

In late September, the President of the PACE, Anne Brasseur, warned that the ability of the Russian delegation to return to the Assembly automatically may not be possible. Brasseur explained that the denial of Russia’s right to vote in the PACE was meant to make positive changes in Russia’s behaviour, especially in actions such as ensuring the ceasefire in eastern Ukraine.

“If there are no changes in place by January, I doubt that the majority of the Assembly members will vote for the reinstatement of Russia’s vote,” the President of PACE noted.