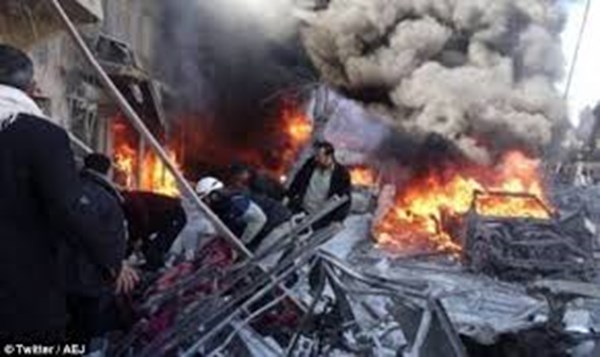 Over fourty civilians killed in a Russian bombing raid on a busy maketplace in the Syrian town of Ariha in the north-west Idlib province.
The strikes came on a busy Sunday afternoon and were reported by the UK-based Syrian Observatory for Human Rights.
The Observatory believes cluster bombs were used in the raid launched in support of Syrian president Bashar Al Assad. In addition to the market, several other areas of the town were hit.

The town of Ariha is not a stronghold of ISIS and has been controlled by The Army of Conquest alliance since May, when the entire province fell into rebel hands after heavy fighting with forces loyal to the Syrian army.
Moscow says it targets the Islamic State and other "terrorists", but critics accuse it of targeting other rebel groups more than ISIL.