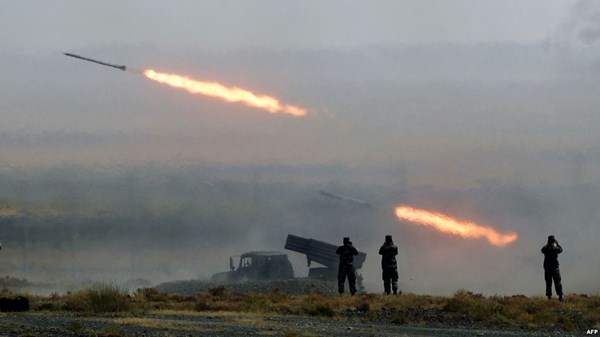 On the Kuril Islands, Russian units from the Eastern Military District were put on alert and into a state of high-combat readiness as part of this year's final exercise in the region, RIA Novosti news agency reports.

During the exercise, military personnel will practice firing at sea targets with Grad multiple rocket launchers and unmanned aerial vehicles, a representative from the district command said.

On October 18, the large-scale military exercises of the Central Military District in Siberia began. 20,000 Russian troops, including divisions of S-300 and S-400 anti-aircraft missile systems were put on high readiness state. In September, the combat readiness of the Southern Military District was checked in Russia, and the Caucasus 2016 strategic command-staff exercises were held.

After the annexation of the Crimea and the beginning of the conflict in eastern Ukraine in 2014, Russia conducted a large number of sudden military tests and military exercises. Western countries have repeatedly expressed their concern about these snap exercises.

The dispute over the four Kuril Islands, which Tokyo considers its “northern territories,” complicates relations between Russia and Japan. Moscow claims that the islands became part of the Soviet Union following the Second World War and that Russian sovereignty over them is not subject to revision. The territorial issue is expected to be discussed during the Russian president’s visit to Japan in December.