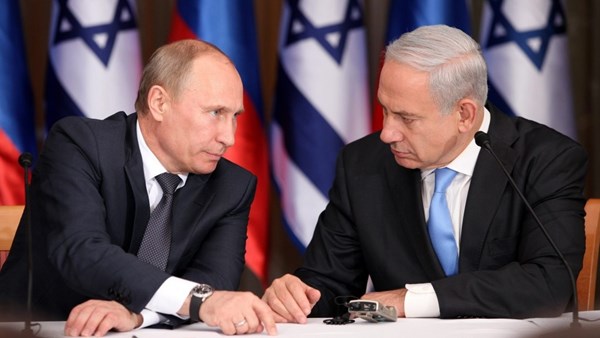 Netanyahu: Russia and Israel will coordinate actions in Syria
Israeli Prime Minister Benjamin Netanyahu announced a joint plan with Russia to coordinate military action in Syria.
"My goal was to eliminate misunderstanding between the Israeli army and Russian forces," - said Netanyahu after talks in Moscow with Russian President Vladimir Putin.
According to the Israeli Prime Minister, leaders of the two countries agreed on mechanisms to prevent accidentally trading fire between soldiers of Israel and Russia.
Netanyahu arrived in Moscow along with the chief of Israeli armed forces and the general in charge of its military intelligence.
"I'm here at the precarious security situation, which is becoming more difficult on our northern border," - Netanyahu said at the beginning of the meeting .
Netanyahu told Israeli reporters that he had informed the Americans "on each and every detail" of his Moscow visit, adding: "Everyone has an interest in avoiding an unnecessary clash" over Syria.
A U.S. official told Reuters that U.S.-Israeli coordination allowed the allies to share classified technologies for identifying Russian aircraft over Syria: "We know how to spot them clearly and quickly," the official said.