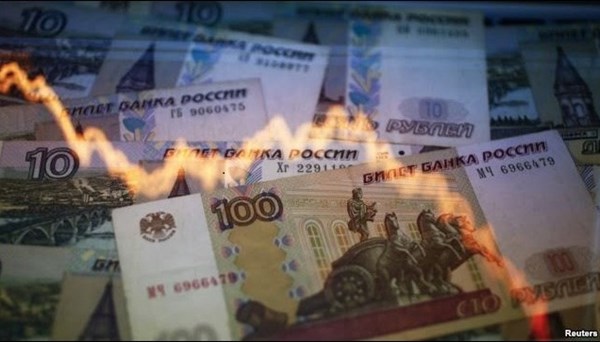 On December 30th, the Russian ruble reached its lowest level against the U.S. dollar in a year, falling to 73 rubles and 20 kopecks to the dollar.

The ruble lost 40 percent of its value last year. Its present value is 20 percent lower than a year ago. This is an indication of how the Russian economy has suffered from Western economic sanctions and falling oil prices.

Russia's economy was hit hard by the sanctions imposed by the United States, the European Union and other countries. The annexation of Crimea and Moscow’s support for separatists in eastern Ukraine were the main causes of the sanctions.

Oil prices, which are a key Russian export, have hit an 11-year low.

On December 29th the Russian Economic Development Minister Alexei Ulyukayev said that the government is less concerned about the falling value of the national currency than for its volatility, which makes it difficult to plan a budget.