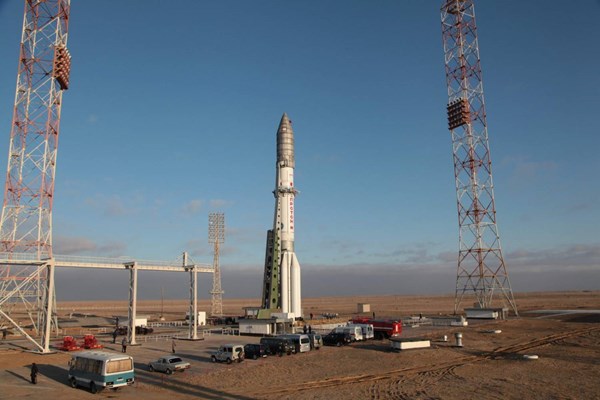 Roskosmos recalled Proton-M rockets engines due to technical problems which came to light in the course of launch tests. This was reported by the Kommersant newspaper on Wednesday, January 25th, referencing several top managers of the space industry enterprise.

According to them, this concerns the RD-0210/0211 and RD-0213/0214 engines produced by the Voronezh Mechanical Plant, which are installed in the second and third stages of Proton. The investigation revealed that during the assembly of one of the engines of the second stage "improper components" were used. That is, materials containing precious metals, which should have been used in this type of engine, have been replaced with less heat resistant ones.

Now the FSB, the prosecutor's office, and the Investigative Committee are trying to find out why the replacement was left unnoticed. "According to the documents, which were signed by the inspectors the engines are in good order," the source of the publication said.

All "without exception engines for Proton" manufactured by the plant in the last few years were withdrawn for rechecking. "This refers to tens of units, including those that have already been delivered to Baikonur," another source of the newspaper said. All of NPO Energomash will participate in the effort to fix the situation.

Overall, in 2017 Roskosmos planned to conduct 27 launches, at least eight of which with the participation of Proton. Now, even according to the most optimistic scenario, the first launch of Proton will happen only in June or July this year, the newspaper notes. It has to be noted that the Proton-M is used to launch the satellites into orbit. Systematic failures during launches accompany this type of carrier rocket since 2010. As a result of the latest accident, the Proton-M rocket has failed to put into orbit the Mexican communications satellite in May 2015 − a minute before the planned separation of the third stage an emergency situation occurred, and they both burned over the Zabaykalsky Krai. At the time, the cause of the crash was thought to be an error in the design of one of the engines.