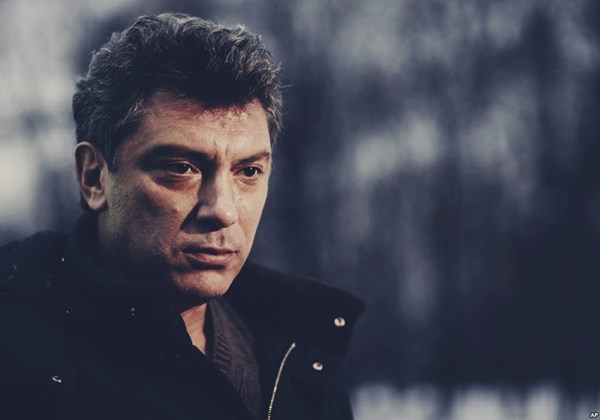 The Co-Chairman of RPR-PARNAS (Republican Party of Russia), Boris Nemtsov, was killed in Moscow in February of 2015. A few months before his death, in the fall of 2014, he filed a report with the police in Yaroslavl indicating he had received death threats, as reported by the Russian Federal News Agency, Rosbalt, citing the case reports filed in connection with the murder.

Nemtsov’s assistant during his time as the Deputy of the Yaroslavl Regional Duma told investigators about this report during an interview with the police. Rosbalt did not specify the name of the witness. According to the assistant, the politician was indifferent to negative statements about him on social networks. However, in the autumn of 2014, he was alerted by two comments which contained death threats. Nemtsov brought these statements to the police. The case was referred to a district policeman, who did not initiate an investigation until December, as found during the preliminary investigation.

These actions were confirmed, the news agency informs. An investigation by the district policeman did indeed take place. The Investigative Committee of the Russian Federation withdrew the materials and included them with the case materials attached to the murder. At the same time, Rosbalt continues, the investigation didn't establish that the comments were tied to the murder of Nemtsov or anyone else.

Also, during the interrogation, Nemtsov’s assistant indicated that she had a conversation with her boss about two weeks before his death. During this conversation, she complained about the debt she was left with after her business went bankrupt. Nemtsov said, "Don’t worry - if no one kills me, we will repay all your loans."

On January 29th the Investigative Committee of the Russian Federation announced the completion of the investigation into the murder of Nemtsov. A total of five people were accused: Zaur Dadayev, brothers Anzor and Shadid Gubachevy, Tamerlan Eskerkhanov and Khamzat Bakhaev. They are charged under two sections of the Criminal Code; Article 105, part 2, sections (w) and (z) (murder for hire as part of an organized group) and Article 222, part 3 (illegal circulation of weapons). The criminal prosecution of another person Beslan Shavanov, who died during detention, was terminated after his death.

The case against the alleged perpetrators of the crime, Ruslan Mukhudinov and "other unidentified persons" is being conducted as a separate proceeding. Dadaev, who made a confession after his arrest, soon recanted, indicating he was tortured into the confession. A similar statement was made by Anzor Gubashev and Eskerkhanov. However, the Investigative Committee declined to prosecute their cases. Both the Basmanny District Court and the Moscow City Court have recognized the decision of the Investigative Committee of the Russian Federation as lawful.