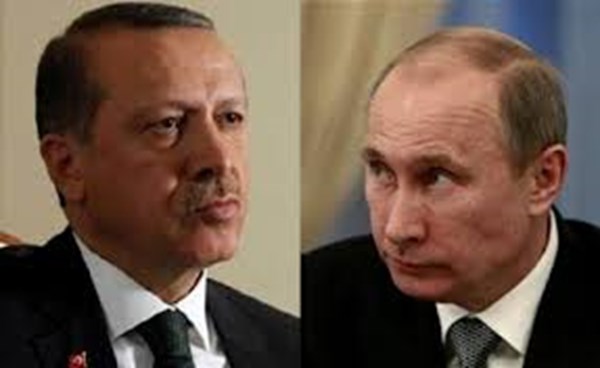 Russian President Vladimir Putin called the loss of the jet over Turkish and Syrian border “a stab in the back, carried out by the accomplices of terrorists”.

Speaking in Jordan today, the Russian leader said: "This event is beyond the normal framework of fighting against terrorism. Of course our military is doing heroic work against terrorism... But the loss today is a stab in the back, carried out by the accomplices of terrorists. I can’t describe it in any other way. Our aircraft was downed over the territory of Syria, using air-to-air missile from a Turkish F-16. It fell on the Syrian territory 4km from Turkey. Neither our pilots nor our jet threatened the territory of Turkey. This is obvious. They are fighting terrorists in the northern areas around Latakia, where militants are located, mainly people who originated in Russia, and they were pursuing their direct duty, to make sure these people do not return to Russia. These are people who are clearly international terrorists. Taking into account that we signed an agreement on deconflicting with the US, and as we know Turkey was among the ones that has joined the US coalition. Since Isis has such huge resources of hundreds of millions and billions of dollars coming from illicit oil sales, and they are protected by the armed forces of other states, then it’s clear why they are so brazen, why they are killing people, why they are carrying out terrorist attacks throughout the world including in the heart of Europe. We will analyse everything, and today’s tragic event will have significant consequences, including for Russia-Turkish relations. We have always treated Turkey as a friendly state. I don’t know who was interested in what happened today, certainly not us. And instead of immediately getting in contact with us, as far as we know, the Turkish side immediately turned to their partners from Nato to discuss this incident, as if we shot down their plane and not they ours."

Earlier Ankara had made it very clear to Russia it was unhappy with Russian military planes violating its border, and even summoned the Russian ambassador and military attaché to make a complaint.