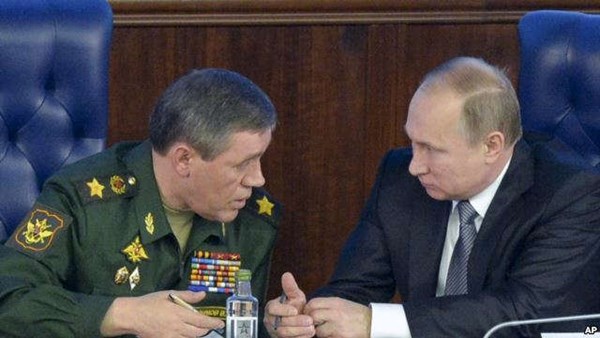 Vladimir Putin stated that Russia supports not only Al-Assad’s forces in Syria, but also a leading group in the Syrian opposition, the Free Syrian Army. The fighters of the Western-backed moderate group have at times cooperated with Syrian government forces during operations against militants of the so-called Islamic State. At a meeting with the leadership of the Russian Defense Ministry, Putin said that Russia had provided air support for the Free Syrian Army for the first time. At the same time, Moscow provides Syrian government forces with weapons and ammunition.

Putin confirmed that this brings about a major restructuring of Russia’s Syria policy. The International Coalition, headed by the US, has accused Russia of carrying out air strikes on moderate opposition groups in order to help Syria’s President, Bashar al-Assad, instead of carrying out strikes against the so-called Islamic State. The Free Syrian Army, which has been subject to Russian bombardments in recent months, has not commented.

According to Putin, Russia provides supplies and ammunition as well as tactical air support to both the Free Syrian Army and Syrian Government Forces in their engagements against ISIS militants. The Russian President stated that several combat units, totalling more than 5,000 Russian servicemen, are involved in campaigns in Aleppo, Homs, Al-Raqqah and Hama. Putin also noted that the purpose of Russia’s military operation in Syria is to protect Russia from Islamic extremists. According to him, extremists pose a clear threat to the Russian homeland, and he has ordered the military to immediately destroy targets that pose a threat to Russia.

As the Syrian Observatory for Human Rights reported, at least 22 people were killed by car bombs near a treatment center and a vegetable market in Tal Tamir in Al-Hasakah province. The victims included several women and at least one doctor.The monitoring organization, based in the UK, reported that dozens of people were killed as a result of this and other terrorist acts on Thursday.

Tal Tamir is held by Kurdish People’s Protection Units, also known as the YPG. These Kurdish forces have been fighting against ISIS militants in the region for months and have received air support from American and other coalition aircraft. The YPG are the most combat-ready armed groups that are supported by the West, and have played a large role in the fight against the so-called Islamic State.