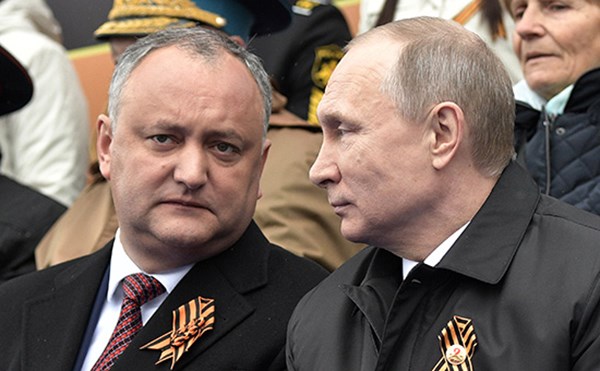 He participated in the Victory Parade in Red Square. It was the first time in 15 years that the Moldovan President participated in events of May 9th in Moscow, the site Allmoldova.com reported.

Not only that, it was the third time Igor Dodon visited Moscow since the beginning of this year.

The official website of the Kremlin reported that a number of state leaders and heads of government congratulated the Russian president and the Russians on Victory Day by sending telegrams.

In addition to telegrams from presidents of the former Soviet republics, congratulatory messages to Putin were sent by the leader of Nicaragua, Daniel Ortega, and the President of the Republika Srpska, Milorad Dodik.

Fifty thousand people in Ukraine – including three thousand in Kyiv – took part in the events dedicated to Victory Day, which celebrates the victory over Nazism in World War II. Protection and security was provided by 30 thousand law enforcement officers.