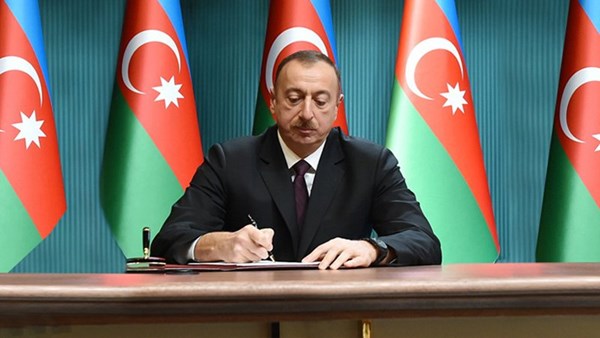 Azerbaijani President Ilham Aliyev signed a decree to pardon 148 convicts, including political prisoners. This was reported Grani.ru with reference to Minval.Az. 137 of those pardoned were serving prison sentences, six were in corrective labor facilities, and five were to pay fines. 16 are foreign citizens.

Among the released political prisoners was human rights activist Rasul Jafarov, who was sentenced to six and a half years in a penal colony last spring.

Hilal Mammadov, the chief editor of the Talysh-language newspaper Tolyshi Sado and the author of the video "Ok, bye-bye!", who in 2013 was sentenced to five years in a penal colony, was also pardoned.

Human rights defenders Leyla Yunus and Arif Yunus and others whose sentences were replaced by probation in December of 2015 weren't pardoned.

In addition, according to the newspaper Caucasian Knot, earlier on Thursday the Baku Court of Appeal commuted the sentence of another political prisoner; a journalist of the Russian-language newspaper Zerkalo, Rauf Mirkadirov, who, on December 28th, 2015, was sentenced to six years in a high-security prison for treason. Mirkadirov was accused of spying for Armenia, and is now on probation.

Judge Abid Abdinbekov said that in the case of the journalist there were extenuating circumstances. Mirkadirov said that he would seek a full acquittal.

According to Human Rights Watch’s 2015 report, Azerbaijan’s already dismal human rights record has deteriorated significantly over the last several years. The organization reported that freedom of the press and association are hampered, and the country’s list of human rights violations includes the prosecution of government critics and the torture and ill-treatment of prisoners.