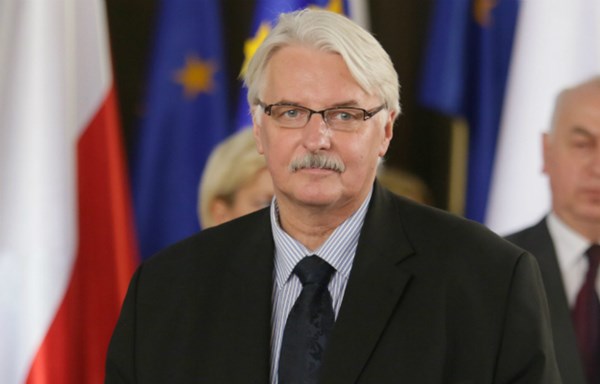 “Here’s your answer: Russian missiles have already been deployed there, and until now we have had no anti-air defense systems to defend ourselves in the event of a possible attack. We are not taking the first steps, we are reacting to what we see. Especially since the Patriot does not make it possible to attack any country – in this regard the system is useless. But Iskanders can be used for attacks, equipped with nuclear warheads,” the minister said.

When asked whether Poland would be prepared to deploy intermediate and long range missiles, if the US Congress revises the INF Treaty, the minister responded, “It’s all speculation”.

“For now it’s all speculation: we have not received offers from the US, and the decision to deploy such weaponry would depend on NATO. As far as I know, we have not yet considered such a prospect,” Waszczykowski explained.

He also said that it is currently unclear when Poland will receive the Patriot systems from the US. “We have signed a preliminary agreement and stated our wishes regarding the specifications of these batteries, radars and other associated equipment. Now we are waiting for a response from the US concerning the technical details of the agreement and the price. So you shouldn’t expect the delivery tomorrow,” the Polish foreign minister said.

He did not specify how many systems Poland plans to acquire, but he confirmed that “eight” is “close”.

“The important thing is for the anti-air defense systems to defend at least three points: firstly, the capital, secondly the part of the country through which NATO reinforcement forces could arrive to support our defensive capabilities, and thirdly, the main headquarters or another place which is important with respect to defense, and here the choice depends on the military’s opinions. Usually three batteries are required to defend each point like this,” he said.