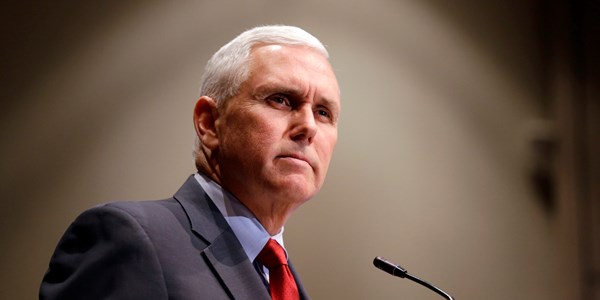 During his visit to Podgorica, US Vice President Mike Pence has accused Russia of last year's attempted coup in Montenegro and attempting to destabilize the Western Balkans,  reports the news agency RTCG.

"In these times…we must stand together in defense of all that we hold dear…Here, in Europe, we must be resolute and uncompromising in the face of aggression from an unpredictable country that casts a shadow from the east," Pence noted.

According to Pence, Russia is trying to reshape internationally recognized borders by force, and "here, in the Western Balkans, Russia has worked to destabilize the region, undermine (your) democracies, and divide you from each other and from the rest of Europe."

Pence noted that Moscow's intentions were made clear last year when "Moscow-backed agents sought to disrupt Montenegro’s elections, attack (your) parliament and even attempt to assassinate (your) Prime Minister to dissuade the Montenegrin people from entering our NATO Alliance."

On October 16 of last year, the day of parliamentary elections in Montenegro, 20 citizens of Serbia were arrested under accusations that they had planned armed attacks on state institutions.

Opposition parties claimed that the entire operation was fabricated, and accused then-Prime Minister Milo Djukanovic of using security services to continue his leadership of the country.

Prior to the vote, Djukanovic said that Russia financed the opposition in order to derail Montenegro's forthcoming membership in NATO.

In November, Milo Djukanovic accused the pro-Russian opposition of direct involvement in planning a power shift in the country, as well as his assassination on Election Day.