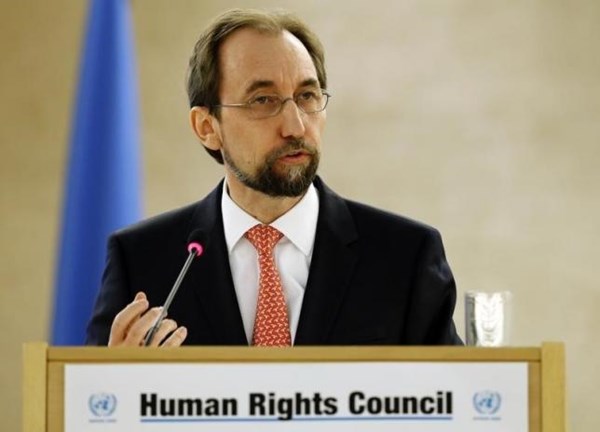 Russian authorities intend to close the Moscow Office of the UN High Commissioner for Human Rights (OHCHR). This was stated by the UN Commissioner Zeid Ra'ad Al Hussein, speaking at the Human Rights Council session in Geneva, the BBC reported.

"I am concerned about the signals received from the government that indicate an intention to close our office in Moscow" Al Hussein said. According to him, it's necessary to intensify communication with the Russian authorities, including discussion of the problem of "narrowing space [for activities of] human rights defenders and non-governmental organizations."

Russian representatives at the meeting said that efforts to cooperate with the OHCHR will be conducted directly in Geneva rather than in Moscow. This was reported by TASS.

"As for your comments in relation to the reduction/closure of the OHCHR in Russia, we are taking into consideration the fact that during the nine years of the successful implementation of the conceptual framework of cooperation of OHCHR with the Russian Federation, which was postulated in the document, the objectives were achieved,” Russian diplomat Tatiana Shlychkova said. “Further cooperation will be carried out directly with the headquarters of the Office in Geneva.” Russia believes that "given the current financial problems of the Office this organization would be of great benefit to other countries requesting their technical assistance."

Earlier, in her speech at the meeting, Shlychkova stressed that "the main direction of the work of OHCHR should be cooperation with the states and assistance to those who need technical support. The substitution of this heavy painstaking work with attempts to strengthen the monitoring and to 'punish' governments does not lead to the promotion of human rights and is counter-productive.” Shlychkova also said “We hope that these fundamental considerations will finally find understanding with OHCHR.”