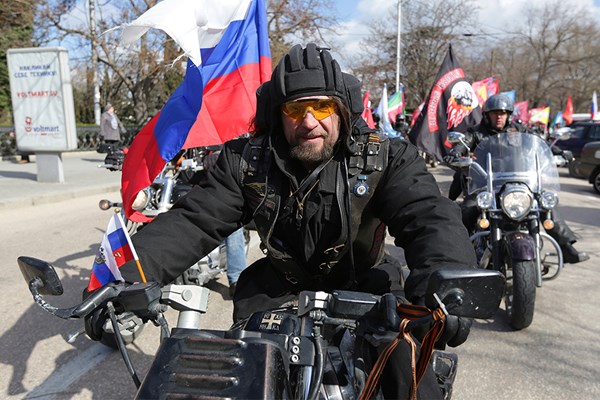 The Polish authorities did not allow a group of motorcyclists of the "Night Wolves" Russian motorcycle club to cross the Belarus-Poland border. The bikers were considered to a potential threat to public order and safety.

The motorcyclists intended to arrange a motor rally to Berlin on Sunday, May 1st, but couldn't cross the Belarusian-Polish border. "We refused entry to seven bikers from the Night Wolves motor club,” declared Dariusz Senitskii, the press secretary of the Department of Border Service in Terespol. “Four of them are citizens of Slovakia, two are Germans and one is Russian.” The official explained that the reason for refusal of entry into Polish territory is that they were a "threat to public order and safety of the state,” reports radio Poland.

The head of the Night Wolves club, Alexander Zaldostanov, also known as The Surgeon, called the decision of the Polish authorities pure lawlessness. "We are now on the border with Poland, altogether about 50 people. In spite of the fact that all of us did everything in accordance with the law and received visas and specified the route, they did not let anybody through,” he told the Interfax news agency.

On April 29th, the press secretary of the Polish Embassy in the Russian Federation warned that Warsaw would refuse entry to the Night Wolves. Moscow expressed a sharp protest in this regard and the ambassador of Poland was called to the Russian Foreign Ministry. On May 9th last year, the Night Wolves visited Berlin in honor of Victory Day.