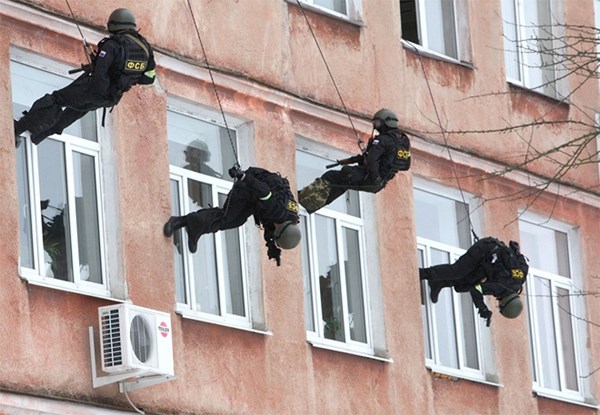 The State Duma of the Russian Federation passed a bill expanding the Federal Security Service’s (FSB) the power to use weapons. The MPs approved the bill via an emergency order, which was then signed into law by Russian President Vladimir Putin.

The new law authorizes officers of the FSB in some cases to use weapons "against women, persons with obvious signs of disability" and minors.  The law was posted on the internet via the Russian Federation's official legal portal on Wednesday, December 30th.

According to the document, the FSB are allowed to shoot at women, children and the disabled, but only if they commit a terrorist attack, if they are part of an attacking armed group, and if they put up armed resistance.

Security officers are also now entitled to enter residential areas and private property if necessary to prevent crime and to detain suspects.  Also, according to the law amendments, the FSB has the right to take fingerprints of suspected terrorists and use them to establish their identity at border control posts.

The new law passed during the second-to-last meeting of the fall session but was not part of the planned agenda during the December 22nd meeting. At the start of that session, the Deputy Chairman of the Security Committee, the Deputy from the faction "United Russia" Ernest Valeev, introduced the request to consider expanding the FSB’s powers.