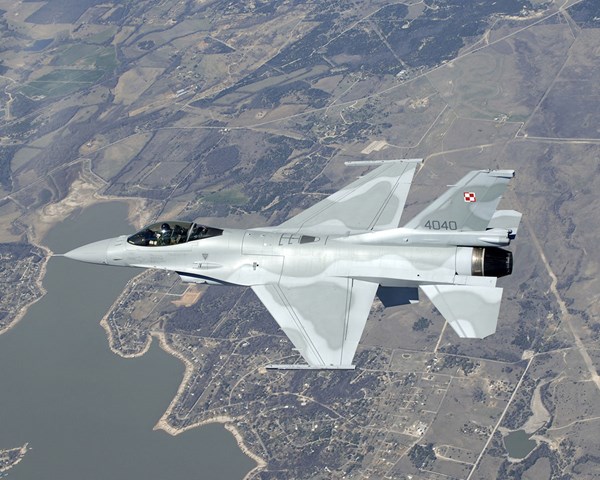 On Wednesday, June 21, an F-16 fighter belonging to the army of a NATO state buzzed an airplane with Russian Defense Minister Sergey Shoygu on board. The incident took place over the neutral waters of the Baltic Sea. Shoygu was traveling to Kaliningrad for an off-site session of the Russian Defense Ministry College.

The Minister of Defense’s plane was escorted by Russian Su-27 jets. After one of the escorting fighters approached the NATO F-16 and “tilted its wings to show its weapons”, the F-16 flew away, Russian media reported.

Later on Wednesday evening, a relevant official from the NATO headquarters in Brussels clarified to Interfax that NATO was unaware that Defense Minister Sergey Shoygu was on board one of the Russian planes.

“NATO can confirm that three Russian aircraft, including two fighters, were tracked over the Baltic Sea. Since the aircraft did not identify themselves or respond to air traffic control, NATO fighter jets scrambled to identify them, according to standard procedures,” the official told the agency.

“NATO had no information on who was on board,” the source assured.

On June 19, a Russian Su-27 armed with missiles flew within several meters of a US RC-135 reconnaissance plane over the Baltic Sea. This was reported by Captain Jeff Davis, official spokesman of the Pentagon.

Davis called the maneuvers of the Russian aircraft “provocative”, accusing the Russian pilot of approaching at high speed and of having poor control over the machine. According to the Pentagon spokesperson, the American reconnaissance aircraft “did nothing to provoke such behavior”.

Since June 2, there have been more than 36 interactions between American and Russian aircraft and ships in the Baltic Sea region.