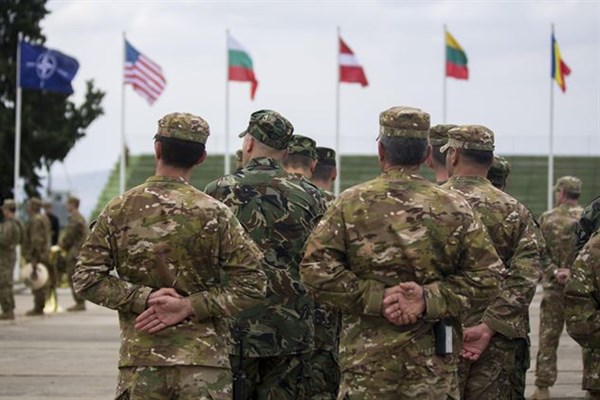 Military exercises with the participation of NATO countries were completed in Georgia. Over 1,200 servicemen including dozens of soldiers and officers from the United States, Bulgaria, Romania, Ukraine, Latvia and Turkey took part in the Agile Spirit 2016 exercises that were conducted beginning on September 1st at the Orfolo range in southern Georgia, near the Turkish border.

Aircraft and artillery were actively used. The exercises were carried out in two phases: rifle training on the Orfolo range and command-and-staff exercises in the Krtsanisi training center not far from Tbilisi.

Speaking at the closing ceremony, Georgian President Giorgi Margvelashvili said that this was exactly the place where the Georgians "for three thousand years have defended their land, defending it from a more powerful enemy, defending it by sacrificing themselves, and preserved the very strong, though so not numerous nation up to the 21st century."

According to Defense Minister Levan Izoria, the countries participating in the exercises share common values – freedom and human rights. "We need each other to be strong, exactly as you showed yourself during the exercises," said the head of the defense department. The Chief of General Staff of the Georgian Armed Forces, Vakhtang Kapanadze, said, "We do not choose war, war chooses us. That is why we must always be ready for war."

The Agile Spirit exercises have been held annually since 2011, as one of the components of Georgia’s cooperation with NATO and the United States. As part of the exercise, Georgian Armed Forces soldiers are trained to participate in international peacekeeping missions.

During the maneuvers, NATO Secretary General Jens Stoltenberg visited Georgia. The meeting of the Euro-Atlantic Council, NATO's highest authority, was held in Tbilisi.