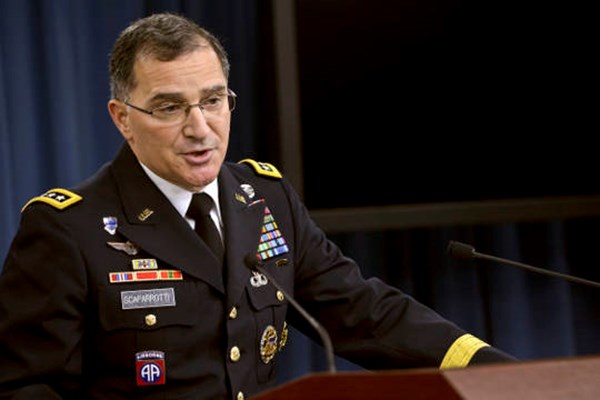 The Supreme Allied Commander of Europe and the Commander of the United States European Command, U.S. Army General Curtis Scaparrotti said that Russia may be helping the Islamist Taliban in Afghanistan, which is fighting against the U.S.-backed government.

At a hearing in the Senate Committee on Defense Forces, he said he saw evidence that Russia was stepping up efforts to influence the Taliban and, according to him, "perhaps even supply” this group, Radio Liberty reported. The general did not specify what kind of supplies the Taliban might be receiving.

Russia has denied similar allegations in the past. For their part, Taliban representatives told Reuters that they have had significant contacts with Moscow since at least 2007 but they made assurances that Russian interference did not go beyond "moral and political support."

In 2001, the U.S. sent tens of thousands of troops to Afghanistan to fight the Al-Qaeda group. At present, the number of U.S. troops in the international coalition of NATO has decreased to 8,400 servicemen.

The Islamist Taliban movement took shape in Afghanistan in 1994 and then it ruled the country from 1996 to 2001. In 2003, the UN recognized the movement as a terrorist organization. The Taliban granted safe haven to Osama bin Laden after the September 11 terrorist attack in New York. According to various estimates, Islamists control up to 70% of the territory of Afghanistan. The organization is estimated to have 27,000 active fighters.