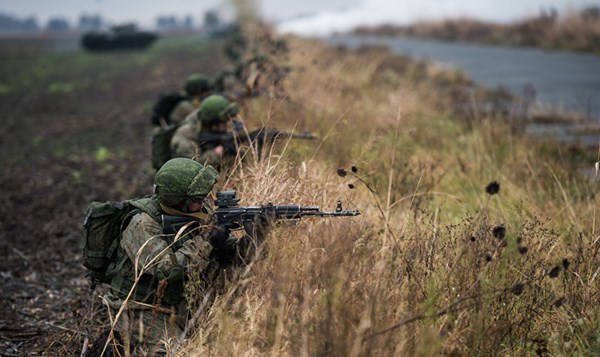 Russia is not yet prepared to brief NATO on the upcoming military exercises, said Andrey Kelin, Director of the Department of European Cooperation of the Russian Ministry of Foreign Affairs, in an Interfax interview on Monday.

“We have not yet moved forward in establishing our relations to the extent that we can take steps such as the prospective explanation of such situations,” Kelin said, commenting on the words of NATO Secretary General Jens Stoltenberg, who expressed the hope on Monday that Russia would inform the alliance at the NATO-Russia Council (NRC) meeting about the upcoming “Zapad-2017” exercises in September.

“For the time being, in the new year we need to start working towards convening new NRC meetings. I think that soon a new meeting of the Council will be convened,” the diplomat stressed.

“So let’s see what our sentiment is in the new year and, building on this, we will then start with further work through the NRC,” Kelin said.

At a press conference on Monday in Brussels, Stoltenberg said, “At the NATO-Russia council meeting in December last year we discussed how we could enhance the work of the NRC, so that it becomes a forum where briefings are given by both sides regarding upcoming exercises. I hope that Russia will do the same with respect to the Zapad 2017 exercises”.

The Zapad 2017 large-scale strategic exercises will take place in September at several training grounds in Russia and Belarus.