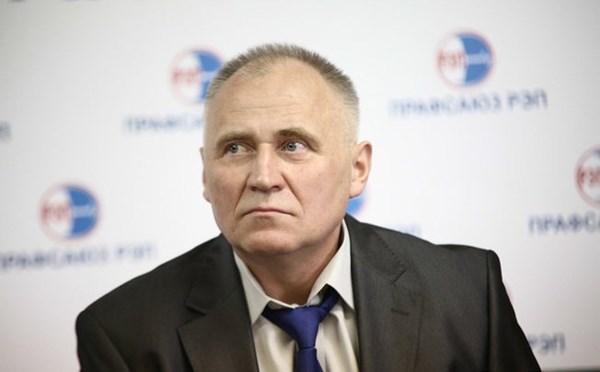 The Belarusian regime became a pig before the slaughter, says the country's opposition leader Mikola Statkevich. He suggested his fellow citizens take responsibility for their country, which was "practically sold out by the narrow-minded dictator."

"I’ve read an interview of a Russian politologist, Valery Solovey with Euroradio recently,” Alexander Lukashenko’s rival in the 2010 election wrote in his blog. In particular, he said, "I have no doubt that Belarus has a lot of followers of Russia, including among the Belarusian leadership, who, if necessary, will support the actions of the Russian Federation. You know about the results of the closed survey of the Belarusian army officers, which revealed that 70% to 80% wished not for a formal but a real unification of Russia and Belarus. So, whom does Russia rely on in Belarus? Actually, Alexander Grigoryevich Lukashenko has done a lot for this. For 20 years, his policy was based on the fact that "we are forever brothers with Russia, one nation, one destiny..."

Statkevich asked the Belarusian Minister of Defense: what was this "closed survey of the officers,” who conducted it and where it was possible to acquaint oneself with its full results?

"Unfortunately, these figures seem to me to be close to reality,” he went on. “They confirm once again that there is no army able to defend its independence against threats from any direction in Belarus. The modern "Belarusian" army really is a branch of another country's army. The Belarusian state for its own army is just a fake state".

Such an army is a big threat to the independence of the state that maintains it, the oppositionist claimed. "It is enough to recruit a dozen senior officers among those who yearn for the ‘real association’ during the ‘fraternal’ joint exercise and to send a Special Forces battalion to support them through the open border. And that would be the end of the whole ‘strong state.’"

"Who is personally responsible to our people for such a dangerous situation, which exists nowhere else in the world?” the Russian political scientist also asked. Statkevich noted that it would be impossible to disagree with him. “The degree of narrow-mindedness of the so-called Belarusian ‘President’ is impressive. He led our country into such a threatening position, although many thousands of people foresaw what his ‘integration’ game could lead to. Slyness is not wisdom. He played with our destiny and finished badly."

Statkevich likened the behavior to that of a pig that “does not think what it is fed for.” He went on to add that, “It gobbles, grunting contentedly and thinks that it will last forever. But one morning it does not get food. The pig squeals indignantly. Finally comes the master, but instead of a buckets of food, he has a rope in his hands and a knife aback his boot. Now the Belarusian people need to think about how to get out of this ‘swinish’ position,” he said.