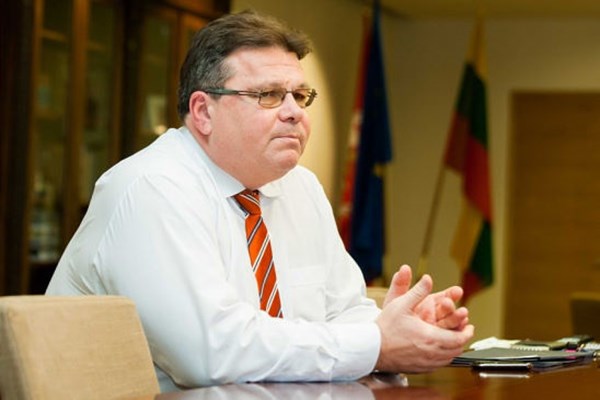 In an article written in the magazine Delfi, Lithuanian Minister of Foreign Affairs, Linas Linkevičius, wrote that the West has again called for "meaningful dialogue" with Russia, and it shows that the wars in Georgia and Ukraine have no changed much.

"It seemed like we had to learn a lesson. As soon as one country pulls the reins, the Kremlin takes it as a sign of weakness, as an opportunity or even the motivation to act more energetically", he wrote.

However, according to Linkevičius, this did not happen. "There are calls to return to ‘normal dialogue’, not to isolate Russia, because this is unproductive. It is necessary to behave ‘pragmatically and responsibly’. We again take on the role of asylum, take the blame for the deterioration of relations. We work as the Kremlin`s lawyers more often than we for ourselves, and we struggle to find the ‘additional channels of communication’, Linkevičius wrote.

The Minister noted that meetings between world leaders and ministers, including telephone calls and other means of communication, occur now more than ever. "By the way, the Kremlin does not engage in such things, it does not need anything. Usually, it is our colleagues in the West who reach out”, the Lithuanian Foreign Minister said. However, he stresses that the key to ending Russian aggression is dialogue with the Kremlin.

"The decision of the Kremlin depends on how long the war in Eastern Ukraine will rage”, the Minister writes. In his opinion, the present hope of the West to cooperate with Russia in Syria proves that Western countries once again begin the ancient game of "reconciliation" and "warming".