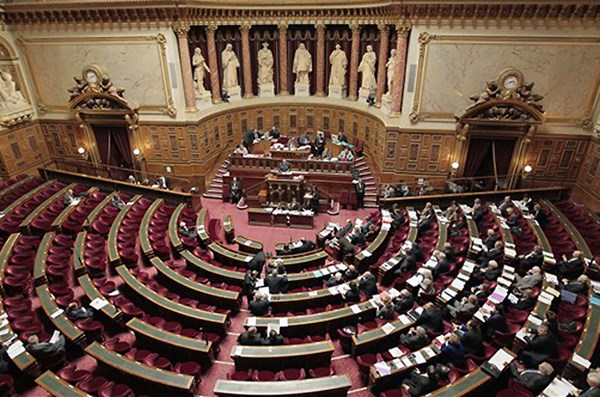 Members of the National Assembly have voted for the second “Sapin Law”, which is aimed at modernizing the economic life of France. In addition, members catered to Russia by adopting an amendment which protects the property of foreign states and companies against confiscation.

According to Fabrice Nodé-Langlois of Le Figaro, this amendment is known as “Putin’s amendment” in France as it is adopted at a time when the property of the Russian Federation and Russian state-owned companies is increasingly being frozen and confiscated. The wave of arrests began after Yukos shareholders received $50 billion from the Kremlin due a verdict made by the Court of Arbitration in The Hague.

Nodé-Langlois added that the legislation allows Yukos shareholders to seize Russian property, despite the fact that The Hague court overturned its decision in April. At the same time, Russia has threatened France and said that they will implement similar actions with France’s property, which is located on Russian soil, if the arrests are conducted.

Emmanuel Gaillard, the lawyer who made the judgment in favor of Yukos possible, sees a legal problem in “Putin’s amendment”.

“If the law prevents the enforcement of the verdict, the verdicts will lose all value,” he explained.

He added that he was hurt by the fact that the amendment was adopted together with a bill which is irrelevant to Russian property.

“It’s a bit sad that we create an amendment to please Russia, in a bill that has nothing to do with the case,” Gaillard said.

It was previously reported that the former shareholders of Yukos have named the cost of Russian assets arrested in France as €1 billion.

The arrests of foreign assets of the Russian Federation began in the summer of 2015 at the request of the former shareholders of Yukos. Properties and accounts were arrested after the decision of the Court of Arbitration in The Hague. The court ruled that Russia must pay compensation to the former shareholders in the amount of €1 billion.