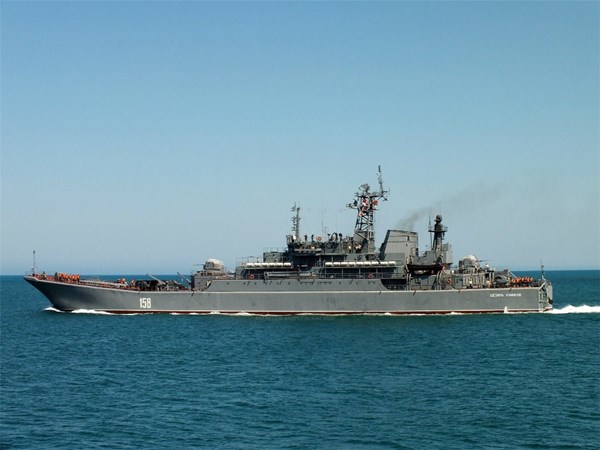 On Wednesday, a large landing ship of the Russian Navy, Caesar Kunikov, and a Russian Navy auxiliary cargo ship, Kyzyl-60, entered the Mediterranean Sea and are on their way to Syria, as reported by information portals tracking the movements of ships through the Bosphorus.

According to Turkish websites, the ships are on their way to Tartus where the supply and storage facility of the Russian military is located. The sites noted that judging by the sea gauge of the ships, they are fully laden. There are reportedly 13 40 ft containers on the deck of the Kyzyl-60.

This year, it’s the ninth voyage to Syria for Caesar Kunikov. Over the last two weeks three large landing ships and three freight ships of Russian Navy crossed Bosphorus straits on their way to Syria.

According to the media, the landing and freight ships of the Russian navy are delivering ammunition to the Russian Air Force which is stationed at the Khmeimim airbase near the Syrian city of Latakia.