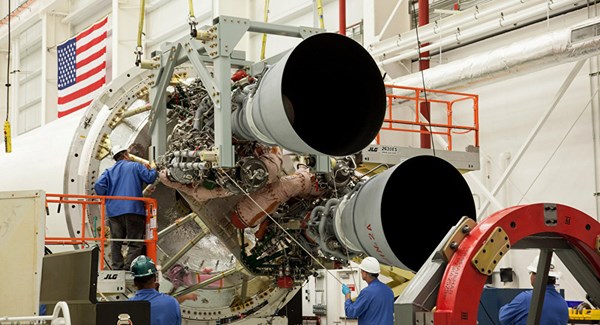 The USA continues to cooperate with Russia in the space sphere since "Americans cannot separate their segment and make it independent; they have nothing to launch their rockets with," Rogozin added.

The agreement between Moscow and Washington, which provided for the supply of 101 RD-180 engines to the US at an estimated cost of $1 billion, was concluded in 1997. Some time ago, the US Congress introduced a ban on the use of the engines after 2019 due to the deteriorating relations with Russia, but lifted the ban when it became clear that the United States would not be able to build its own engines in the next few years. Immediately after this, the ULA consortium ordered an additional 20 units of RD-180 engines from a Russian factory NPO Energomash.