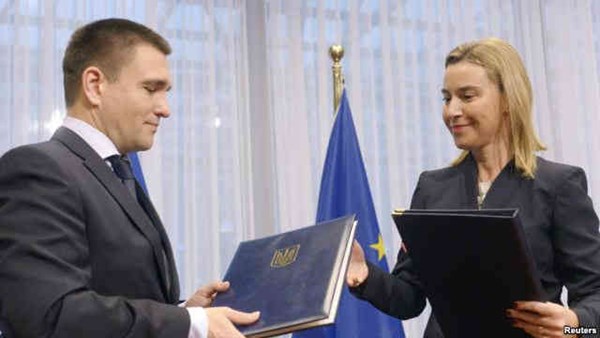 Pavel Klimkin, the Minister of Foreign Affairs of Ukraine, has asked Federica Mogherini, EU High Representative for the Common Foreign and Security Policy, to send European diplomats to court when the verdict in Nadia Savchenko’s case, a Ukrainia pilot, is made.

“I asked Federica Mogherini to ensure the diplomats’ presence at a crucial phase of Nadia Savchenko’s trial,” Klimkin wrote on Twitter.

“In light of the fact that the illegal criminal case against Nadia Savchenko is approaching its completion I would ask you to support Ukraine by ensuring the presence of an EU representative – the EU delegation and embassy officials of Member States in the Russian Federation, as well as the representatives of nongovernmental organizations– at this crucial phase of the legal process,” said the letter, a copy of which was provided by the Ukrainian Minister.

Nadia Savchenko has been charged with the murder of two Russian journalists as well as charges of attempted murder of members of the separatists group and of illegally crossing the Russian border.

Savchenko and her lawyers are denying the accusations alleging that at the time of the deaths of the Russian journalists, she had already been captured by separatists and forcibly transferred to Russia.

On the 13th of January 2016, Nadia Savchenko’s lawyers presented evidence in the Donetsk City Court in Rostov, that the defendant had been abducted from Ukraine and transferred to Russia. However, the panel of judges refused to enter these materials into evidence.

On December 17th, 2015, Savchenko began a hunger strike in protest of her detention. Nikolai Polozov, Savchenko’s lawyer, reported on January 12th that his client’s health condition is serious; she has already lost 15 kilograms.