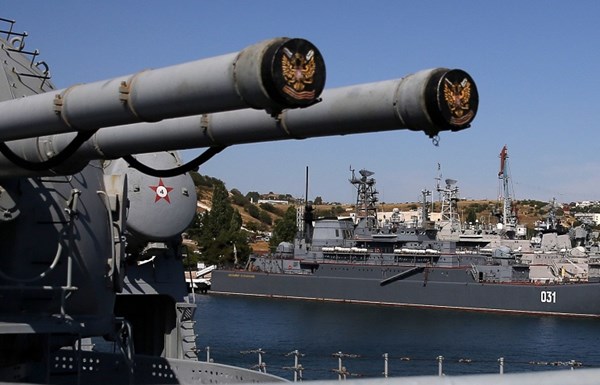 According to the US Office of Naval Intelligence’s expert on Russia, George Fedoroff, Russia will progress significantly on its way to the creation of a modern fleet over the next ten years. At the request of the Pentagon, George Fedoroff prepared a 68-page report describing the state of the modern Russian fleet.

The Russian Navy consists of 186 combat submarines and ships, making it the third largest fleet in the world, the Naval Intelligence Officer wrote. Fedoroff notes that the Russian fleet operates in three oceans: the Atlantic, the Pacific and the Arctic; as well as in the Black, Baltic, Caspian and Mediterranean Seas.

Based on the available information about the number of new ships, submarines, aircraft, weaponry, as well as the training of sailors and officer, and the role Russia has taken in military and political systems, Fedoroff came to the conclusion that the Russian Federation has created a very powerful fleet.

He wrote that specific actions towards the restoration of the Russian fleet have been taking place since 2000, and that the country’s economy is stabilizing. According to Fedoroff, Russia will progress significantly on its way to the creation of a modern fleet that will be able to protect the territory of Russia and demonstrate a limited but impressive global presence.

In the past two years, Russia has used its fleet during the annexation of Crimea in the spring of 2014 and after the beginning of military operations in Syria in September of 2015. The Russian fleet, along with the Russian Air Force, help provide communications between the Russian Federation and its bases in Syria as overland lines of communication are not available.