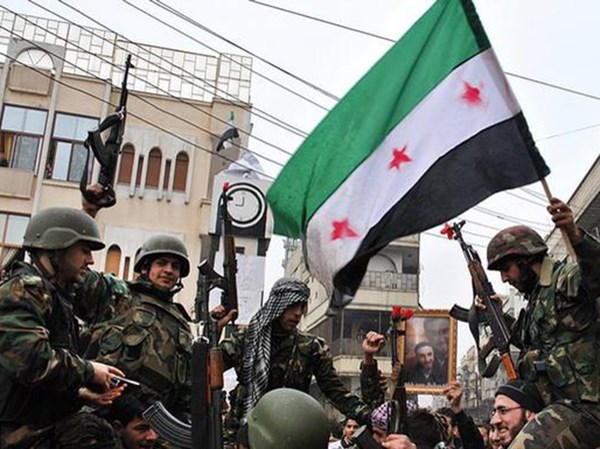 Representatives of the "Free Syrian Army" (FSA) told Reuters that Russian aviation not only supports them, but also regularly bombs rebel forces.

Groups identifying themselves as FSA, together with Kurdish police, formed a new coalition called the "Democratic Forces of Syria" (DFS), which has received U.S. support for fighting ISIL.

The Alliance has acknowledged that Russian air strikes indirectly helped them during the recent battles with the enemies of "al-Nusra", a member of terrorist organization al-Qaeda.  However, they denied receiving direct Russian support.

The DFS representative, Talal Salah, said that a member of the DFS and related to the FSA group "Jaish al-Tovar" ("Army of Revolutionaries") was recently surrounded by the Islamist groups of "Ahrar al-sham" and "Front of the Levant", operating with the support of Turkey to the North of Aleppo.

Russian aircraft attacked the Islamists, which that led to rumors about the DFS colluding with the Russian military, Salah said.  The representative of the FSA claimed that they had no contacts with the Russian side.  A blow to the Islamists was caused because the Russians saw in the buildup of enemy forces a good tactical opportunity for inflicting damage.

Later the President's Press Secretary, Dmitry Peskov said that Russia is supplying arms to legitimate authorities of Syria.  "Russia supplies arms to the Syrian Arab Republic, the legitimate government of Syria," he said, answering a question about whether Russia supplies weapons to the so-called "moderate opposition" in Syria.