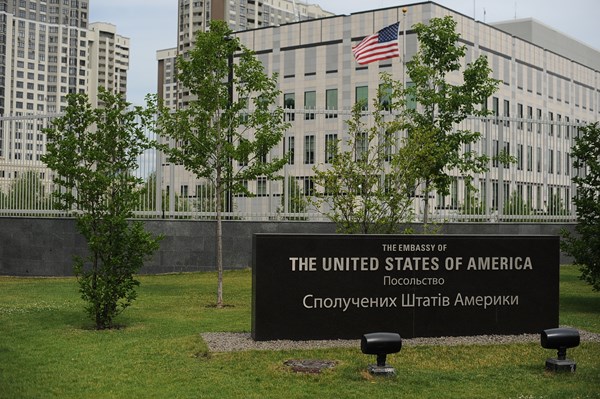 On the night of June 8 there was an explosion on the property of the US embassy. Police arrived promptly at the scene of the incident. Examination suggested that an unknown person threw an unidentified explosive device onto the diplomatic mission’s property. The perpetrator was caught on the embassy’s surveillance cameras. Representatives of the embassy’s security service showed Ukrainian law enforcement officials the video recording. The news outlet Obozrevatel reported with reference to its own sources that the unknown person probably threw a stun grenade.

The Ukrainian Ministry of Foreign Affairs condemned the act of terror on the US Embassy’s territory in Kyiv. Mariana Betsa, Spokesperson of the Foreign Ministry, wrote on Twitter:

“We decisively condemn the terrorist act on the territory of the US embassy in Kyiv, which could have caused harm to the life and health of the staff of the diplomatic mission”.

Initially, Ukrainian law enforcement officials characterized the crime as an act of terror. However, the US embassy stated that they don’t believe that it was a terrorist attack.

“At present we do not consider this incident a terrorist act,” the embassy’s post on Facebook states. The department said that several small explosive devices went off.

“No damage was caused to the embassy’s property. No personnel were wounded. The embassy’s work is continuing as usual. The embassy is collaborating closely with our local partners, the investigation continues,” the announcement states.

Later, law enforcement officials reclassified the explosion as an act of malicious hooliganism. This was reported by Serhiy Knyazev, Chief of the National Police.

“The object which was thrown onto the embassy’s territory could not have caused anyone harm. In this regard, a decision has been made to ultimately classify the event in question as malicious hooliganism,” Knyazev stated.