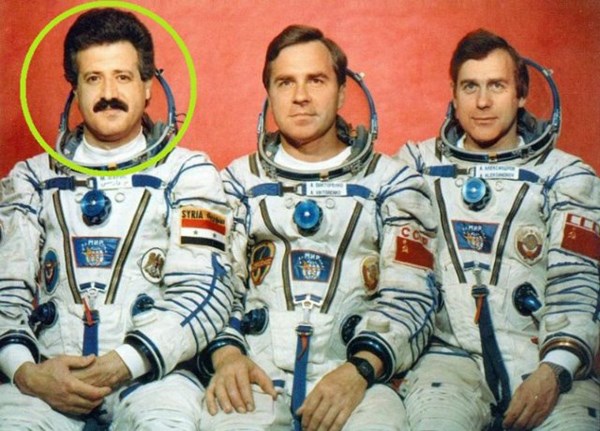 A former Syrian air force general who was also the country's first astronaut is now a general in Free Syrian Army.
Maj. Gen. Mohammed Fares trained as an astronaut in the Soviet Union from 1985 to 1987, and spent eight days on Russia's Mir space station. He was the first Syrian and the second Arab in space.
Muhammed Faris was awarded the title Hero of the Soviet Union and also the Order of Lenin.
Upon returning to Syria he continued his service in the Syrian Air Force, preparing pilots.
In 2012 he fled to Turkey and joined the anti-Assad opposition.
These days General Fares is one of the leaders of the Free Syrian Army.