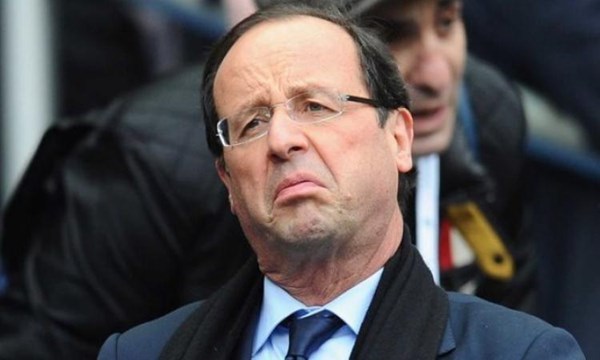 The leadership of the so-called Donetsk People's Republic (DPR) has called for the President of France, François Hollande, to resign due to crimes committed in the Donbas region and Syria. The Minister of Foreign Affairs of the DPR, Alexander Kofman, and the Deputy of the People’s Council of the DPR, Vladislav Berdichevskiy, asked Hollande to tender his resignation during a video conference.

“In fact, the coup d’état that happened in Ukraine has led to the military showdown between the eastern and western regions of Ukraine. Innocent civilians, women, children and the elderl, die as a result of this military showdown. The infrastructure of cities and settlements has collapsed; industrial enterprises and social facilities have been destroyed. The French Government has had a direct bearing on all of this,” Berdichevskiy stated.

The so-called Committee of National Council of DPR on Foreign Policy and International Relations will send an appeal requesting the application of Article 68 of the French Constitution (on the removal of the President of France from office for non-fulfilment of his duties) to the President of France, François Hollande, the coordinator of the Information Resistance blog, Dmitry Tymchuk, wrote on his Facebook page.

“In particular, the DPR is accusing Hollande of non-compliance with the terms of the Agreement on the resolution of the crisis in Ukraine, dated 21 February 2014, signed by Viktor Yanukovych (the then President of Ukraine) and French representatives, as mediated by a representative of the European Union (the head of the Continental European French Foreign Ministry, E. Fournier),” Tymchuk wrote.