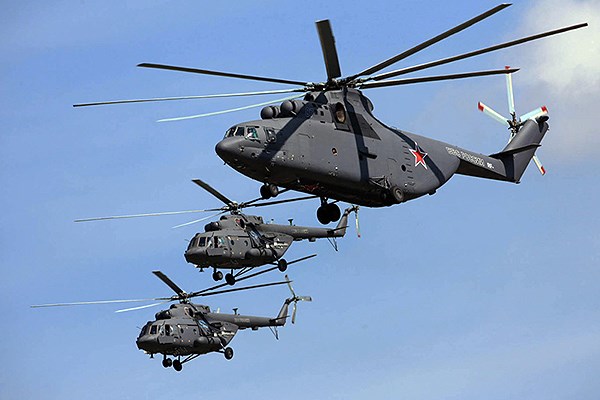 According to an informed source who spoke with UNIAN, "the Hungarian Ministry of Defense wants to buy about 30 multipurpose helicopters Mi-8/17 from Russia. The contract value is estimated to be more than $ 400 million. Orban's visit to Moscow on February 17th included a discussion of a contract.”

The agreement could pave the way for further defense deals between Hungary and Russia’s predominantly state-owned arms industry. Hungary, like many other Eastern European countries, is looking to replace its Soviet-era aircraft with updated helicopters and airplanes. While many countries look west for such arms deals, Hungary has decided to look east, a move which is unsurprising given Orban’s positive attitude towards the Kremlin’s leadership style.

The British AugustaWestland and American Sikorky aircraft manufacturers were also engaged in talks with Hungary to supply its military with helicopters. Orban, however, has made it clear that Budapest would rather purchase Russian aircraft.

As a result of the sanctions imposed by the US and the EU following Russia’s annexation of the Crimea in early 2014, many European countries ended their military contracts with Moscow. France, for example, stopped the sale of two Mistral ships to Russia, a deal that was worth nearly 1 billion dollars. Similarly, Germany halted the construction of military training centers on Russian territory worth approximately 350 million euros.

Any Hungarian arms deal with Russia would be a clear violation of the EU’s policy, though on Wednesday's visit to Moscow, Orban stated that “before now, the sanctions were extended automatically. I think that this period is behind us and more and more countries are beginning to understand what I’m saying… we all would like the relations between Russia and Europe to normalize. It is in the interests of Russian-Hungarian relations.”