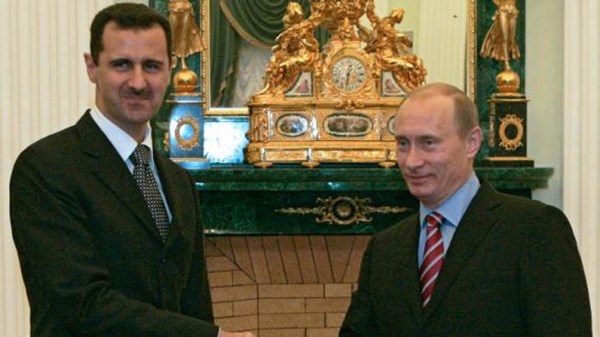 "The Russian President, Vladimir Putin, had no intentions to support Bashar Assad as a President of Syria. Apparently, he is ready to fulfil the requirement of the West on the resolution of Syrian conflict" – reported German weekly Der Spiegel on November 13, referring to a secret document in their possession. The document talks about Russian strategy in Syria and relations with the West.
It shows that Putin is seeking a beginning of the negotiations on the resolution of the Syrian conflict under the auspices of the UN.
His hopes are that the negotiation process would bring a decision on new elections in Syria, constitutional reform and ,in turn, it would allow to reach a healthy balance of interests, rights and obligations of all ethnic and faith-based groups in the country.
According to this secret document, Putin’s main goal in Syria is to prevent the terrorists from seizing the power. As the document states, this country must be a sovereign, secular and democratic state.
It is a one-page document, without date and signature, but according to Der Spiegel they have the information that Putin and his advisers personally prepared it before Assad’s unexpected visit to Moscow on October 21.

Der Spiegel mentions that a few days ago they became aware that there is the second similar document. The Russian officials prepared this document for the forthcoming Syrian Crisis talks in Vienna. The next round of these negotiations is set to take place this weekend. According to Der Spiegel, the document talks about the necessity for the referendum on the new Constitution in Syria.
Supporting Russian plans in Syria, it states that the elections scheduled for 2016 should be postponed. Instead, they should be held along with presidential elections after the referendum on the Constitution. At the same time, the document does not show how it is at all possible to hold elections or referendum in Syria due to the current situation there. - notes Der Spiegel.
According to the opinion of the Der Spiegel journalist, both documents show that Putin is going to strengthen his influence on the international scene while seeking to find a solution to the Syrian conflict.