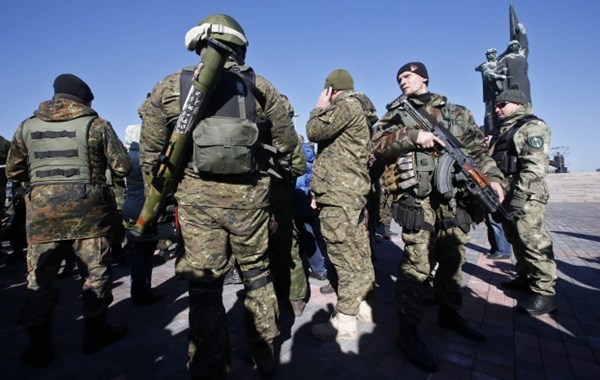 The analytical group DaVinci AG reported that there is a high probability that a coup d’état will be staged in the Republic of Moldova, initiated by pro-Russian forces under the coordination of security services of Russian Federation.

“Destabilization of the situation in Moldova could escalate into a regional hotbed of tension that would include part of Odessa region. An attempt to destabilize the situation in Romania on ethnic grounds is also possible. The scenario of force in the Republic of Moldova can place greater emphasis on the relevance of Russian military contingent on the territory of the Transdniestrian Moldovan Republic and strengthen their presence,” the analysts reported.

The report notes that an expert of the Russian Institute for Strategic Studies (RISS), George Menyailo arrived in Tiraspol in order to revitalize the Dniester and Prut Centre of the RISS. The Russian Institute for Strategic Studies, under the leadership of Lieutenant-General Leonid Reshetnikovof the Russian Foreign Intelligence Service (FIS) was one of the masterminds behind Crimea’s annexation and the occupation of Donbas.

“Currently, there are all signs of preparation for the destabilization of situation in Moldova, the implementation of coup d’état, the removal of the President of Moldova, Nicolae Timofti from office and the initiation of early parliamentary elections in favor of pro-Russian forces,” experts noted.

Analysts believe that Tiraspol’s most likely concern is the armed conflict scenario. Its probability is high, taking into consideration the number of weapons seized by Moldovan law enforcement officers in the autumn of 2014 during the arrests of members of pro-Russian party “Patria” led by Renato Usatii, who resides in Moscow.

On the 13th of January, Renato Usatii stated in his video message that he was going to come to Chisinau—direct evidence of critical radicalization of that region. It should be noted that Usatii has good political advantages in Gagauzia, which may indicate activation of separatist movements in the area that can also affect Ukraine.

“It’s a good time for radicalization of the situation in Moldova and Russia’s attempt to push Romania aside in the region. The attention of all main regional players is diverted from the real issues to their own problems. The European Union, especially Germany is going through the social and political crisis with refugees. Turkey is faced with terrorist attack. Ukraine is busy negotiating with Russia on the east,” experts said.

Bucharest’s attention has to be diverted to the resolution of critical internal problems in order to prevent Romania from entering into the conflict. The incitement of armed Hungarian radical groups in Romanian territory, which have ties with Russia, could be such problem. On the 2nd of January, the Hungarian Free Press published an article written by Christopher Adam (who also works as editor of Kanadai Magyar Hirlap) under the title “Do Hungarian extremists plan terrorist acts in Romania?

It was noted in the article that Romanian authorities arrested ultra-right extremists from HVIM on charges of bomb attacks in Kézdivásárhely during the national holiday of Romaniaon December 1st. Hungarian nationalist groups, which are closely tied with the Russian Federation, supported separatism in Eastern Ukraine, the article says.

According to analysts, in the current situation, Ukrainian law enforcement agencies have to pay maximum attention to Odessa, especially its southern part. Ukraine has to be ready for a possible attempt to deploy assault groups from the territory of Crimea in Moldova.