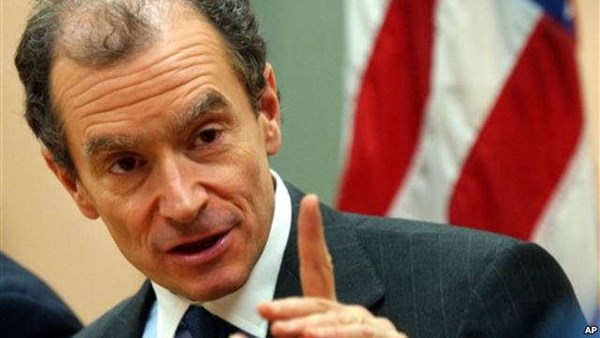 Speaking at American University in Washington on January 15th, the U.S. State Department’s Coordinator for Sanctions, Daniel Fried, stated that the U.S. Government believes that sanctions are an instrument of international policy. According to Fried, economic influences have a greater effect than the use of military force in today’s political climate.

In recent history, there are examples of both successful and unsuccessful sanctions. For the latter, Fried cites the blockade of Cuba, which, for various reasons, did not bring the desired effect. The State Department spokesman says that present-day politicians have learned the lessons of the past and developed a set of rules that must be considered in these matters.

First, it is not worth introducing sanctions alone; rather, the ideal way to create sanctions is to enlist the support of the UN Security Council. There is, however, a possibility that other permanent members, such as Russia and China, will block these types of resolutions. In this case, the support of geopolitical allies is extremely important and will many times strengthen the economic and psychological effects of sanctions. This is what the United States lacked in imposing sanctions against Cuba. This is what is now helping to bring Russia to the negotiating table.

"From the beginning of the development of sanctions against Russia, we decided to cooperate with the Group of Seven countries and the European Union," said Fried. "We have not done anything like this on such a large scale before. These sanctions were not something invented in America and imposed on Europe. Rather, they have been developed in cooperation with Europe."

The American diplomat highly appreciates the role of the EU countries that have shown their commitment and coordinated actions in relation to Russia, sometimes even at the expense of their own economic interests.

Daniel Fried also cautions against rushing to create sanctions. The effect of the sanctions cannot be scheduled to begin right as the news is released, they may need to be delayed for some time. Today, the governments against which sanctions are directed can claim that it is "neither hot nor cold" about the sanctions, but tomorrow they will shrug and admit that all this really works.

The point of sanctions is not to punish someone, but to change their strategy, says Fried. They must pursue a realistic diplomatic goal, and having achieved that, the sanctions can be cancelled. That's what, said Fried, happened in the case of Iran, where sanctions will soon be dropped in return for their agreement not to develop nuclear weapons. The diplomat expects a similar result in the situation with Russia, which, in some respects, is beginning to take the situation more seriously.

"As soon as the Minsk Agreements are implemented, namely the elections in the Donbas, the cessation of military actions and the eastern border of Ukraine is restored, the sanctions will be cancelled," said the representative of the State Department. "It seems that Russia is now ready for a diplomatic solution to the problem. We can only welcome this cooperation and hope that it will be possible to solve this conflict this year," said Fried.