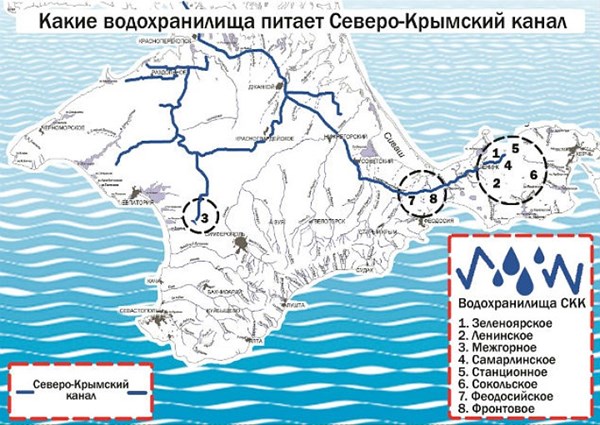 A high-alert warning was issued due to the threat of water scarcity in the east of Crimea, according to a decree of the Head of Crimea, Sergey Aksenov.

“The alert was issued in the Republic of Crimea and detailed the increased readiness of the governing bodies and forces of the territorial subsystem in the prevention and liquidation of emergency situations.  This is due to the threat of natural disasters which require a response on a regional level,” this was stated in Aksenov’s order.

The shortage of surface water resources, which supply the needs of the population, is most scarce in Kerch and the Leninsky district of Feodosia.

According to Aksenov, the problem is caused by the "cessation of the water supply from the Dnieper River via the North-Crimean channel in the filling reservoir".

He decided to establish an interagency operational headquarters for the elimination of the threat of natural emergencies.