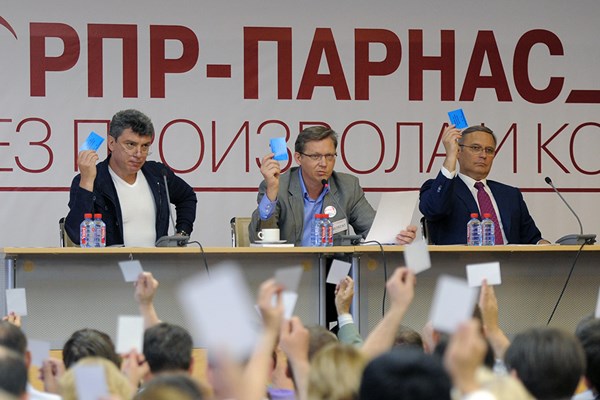 On Friday, February 19, Moscow's Basmanny Court dismissed PARNAS's complaint concerning the refusal of the authorities to recognize it as an injured party in the case of the murder of the party's co-chairman, Boris Nemtsov.

The PARNAS party claims that Nemtsov was their largest contributor, so they have suffered material damage as a result of his assassination. According to the representative of Parnas, lawyer Vadim Prokhorov, the law allows legal entities to be recognized as an injured party if they have suffered financial losses or if their reputation has been damaged.

The investigator, in turn, said that only an individual can be recognized as a victim in this case.

Earlier on February 19th, the Basmanny Court of Moscow extended the arrest of five men involved in this case until March 7. This happened as a result of a request filed by the investigating authorities to extend the detention period of the accused: Zaur Dadaev, Anzor Gubashev, Shadid Gubashev, Temerlan Eskerhanov and Khamzat Bakhaev.