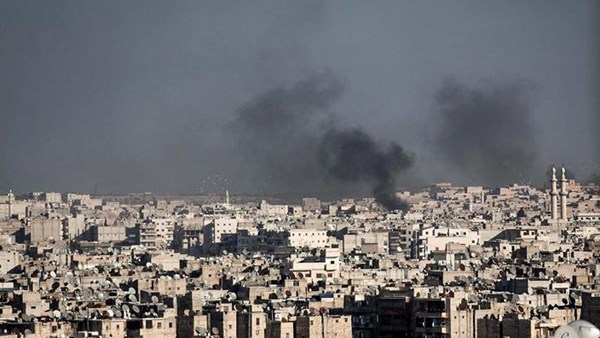 In Syria, 10 civilians were killed as a result of air strikes in opposition-controlled areas of Aleppo, as reported by the Turkish Anadolu news agency, referencing representatives of the local civil defense forces.

The strikes targeted the residential quarter of Katranji.  Many buildings were damaged or destroyed, and rescue teams are still searching through the rubble for the deceased and wounded.

A representative of the Media Center of Aleppo, Magic Najjar, has reported that Russian combat aircraft have been bombarding the contact line between troops of the moderate opposition forces and the alleged PYD terrorist organization around the city of Tel Rifat, which is located north of Aleppo.

Despite this massive bombardment, the opposition managed to repel the attacks on Tel Rifat.  Najjar has said that the attacks have occurred in the areas of Kafr Hamra, Anadan and Marie in the vicinity of Aleppo.  He also stressed that the residential quarters of Aleppo, which are under opposition control, are subjected to intense attacks by Russian military aircraft.

Saudi Arabia and Turkey are against the regime of Syrian President Bashar al-Assad, who in turn is supported by Iran and Russia.