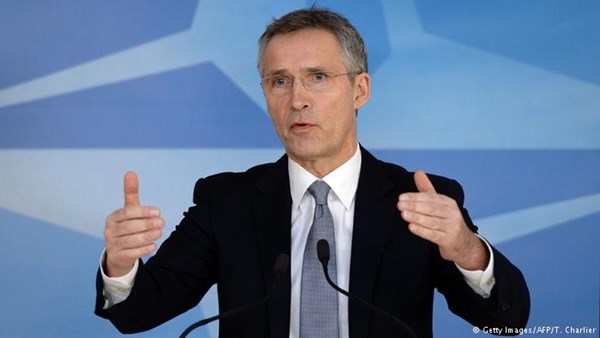 NATO called on Russia to fully disclose the details of their “Novichok” nerve agent program,reported the press-service of the North Atlantic Alliance. British authorities stated that Novichok was used to poison the former Russian spy Sergei Skripal.

“NATO continues to call on Russia to fully disclose the data of the Novichok program to the Organization for the Prohibition of Chemical Weapons (OPCW),” NATO Secretary General Jens Stoltenberg stated at a joint press conference with British Minister of Foreign Affairs Boris Johnson.

Stoltenberg also expressed gratitude to the British authorities for cooperation with the OPCW in the investigation of the poisoning of Skripal. According to the Secretary General, the incident in Salisbury occurred “against the backdrop of Russia’s reckless behavior.” “NATO responds to this model of behavior,” he stressed.

In the afternoon, on March 19, Prime-Minister of Great Britain Theresa May stated once again that Russia is guilty of poisoning Sergei Skripal. “Russia had the means and, I believe, motive and intent. This is Russia’s model of behavior in Europe that we see,” she said.

Sergei Skripal and his daughter Yulia were poisoned in the British city of Salisbury on March 4th. They are currently in critical condition in a hospital. The United Kingdom believes that Russia is behind this incident but the latter has denied any involvement.