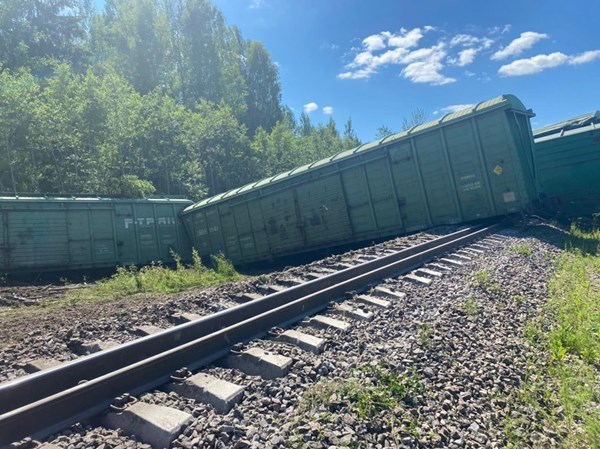 Since the beginning of the so-called "special operation" in Ukraine, there have been at least 23 attacks on military recruitment and enlistment offices in Russia. 20 of them were arson. The number of railway accidents increased by almost one and a half times, compared to the same period last year, reports the news website The Insider, specifying that all the data was taken from Russian media reports.

From March to June 2022, 63 freight trains derailed in Russia. At the same time, the geography of train derailments moved to the west, and a large number of derailments happened near military units.

According to the Russian national railway company Russian Railways and government inspection bodies, most of the accidents were due to poor condition of the railway tracks. However, the authorities cannot rule out the fact that the accidents could have been caused by acts of sabotage.

The Insider found out that several underground groups – from left-wing anarchists and pro-Ukrainian activists to ultra-right activists – are engaged in guerrilla activities independently of each other.

In the end of May, the Telegram channel "Attention, Moscow" published a post that the FSB was looking for members of a certain " Anarcho-Communists Combat Organization", who were preparing an act of sabotage on the railway tracks in Sergiev Posad near Moscow.

The Insider spoke with a representative of the Anarcho-Communists Combat Organization, who told the publication that members of the organization were blocking trains going to the military unit 55443 near Kirzhach (Vladimir region). The storage facilities of the Main Missile and Artillery Directorate of the Russian Defense Ministry is located there. According to anarchists, their activities are largely inspired by the actions of Belarusian partisans, who effectively resisted the Russian invasion of Ukraine through the territory of Belarus at the very beginning of the war.