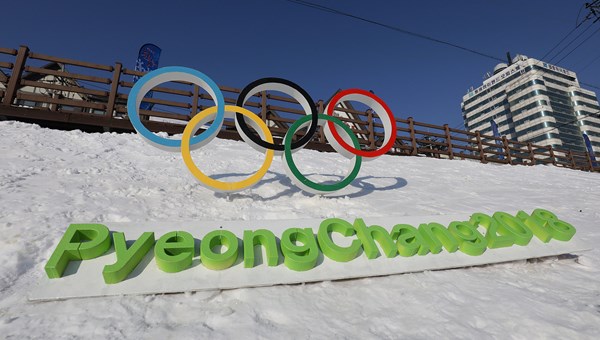 Due to the doping scandal, the International Olympic Committee has banned many top Russian athletes from participating in the 2018 Olympic Games in Peongchang even under a neutral flag.
Those who will not make it to the games include six times Olympic champion, 20-times world champion and primary contender for victory in the short-track speed skating contest Viktor Ahn, Russia’s top biathlete Anton Shipulin, and Russia’s top cross-country skier Sergei Ustiugov.

As reported by the French news outlet Le Monde, Shipulin and Ahn will not be allowed to participate in the Olympics due to manipulation of the doping tests during the games in Sochi.
Multiple times world champion speed skaters Denis Yuskov and Pavel Kulizhnikov will not make it to the 2018 Olympics either.

Four Russian ice-hockey players have also been blacklisted – defenders Anton Belov and Mikhail Naumenkov, and attackers Sergey Plotnikov and Valery Nichushkin (Belov and Plotnikov have been previously accused of violating the anti-doping rules).

The scandalous Russian commentator Dmitry Guberniev does not believe what is happening.

“Anton Shipulin and Sergey Ustiugov are not going to the Olympic games? The our leading biathletes and skiers? Even Viktor Ahn? The boys aren’t invited? Reason refuses to believe this! I don’t know what to do! Truly!” he wrote on Instagram.

The Kremlin bemoans the absence of Russia’s renowned athletes from the list of participants in the 2018 Olympics, R-Sport writes.

“We have really seen this disappointing news in media reports. We are deeply sorry in this regard, if such decisions have truly been made,” said Presidential Press Secretary Dmitry Peskov. He also noted that the government hopes for an explanation of the situation.

Deputy State Duma Spokesperson Igor Lebedev, on the other hand, is pleased by the hysteria.

“Every day the world hits us in the face, but we continue to wipe our faces and keep quiet! … I think that we shouldn’t take part in the Olympic Games. Nothing would happen with the athletes! And all of these fish tales the athletes have prepared… Yes, we are sorry for them, but the country’s honor is more important!” the official said.

He noted that “a boycott cannot be declared officially, because we are flying out in two cycles”, Chempionat.com reports.

“For many athletes this is death, and a major blow to the country’s Olympic movement. It could have been done like this: the president could have said that every athlete will decide for himself, and the athletes would have made the right decision,” Lebedev believes.

Andrey Mitkov, agent for the swimmer Yuliya Yefimova, said that Russia is secretly preparing to boycott the Games.